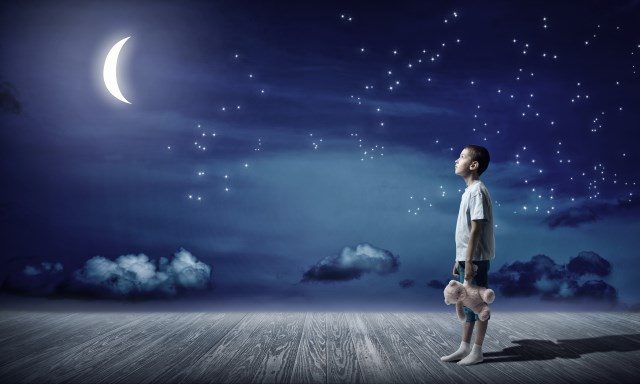 In children this sleep disorder is thought to be the result of the immaturity of the brain’s sleep / wake cycle. Normally the entire brain wakes up at the same time. However, in the case of a sleepwalker, the entire brain does not wake up together. The portion that is responsible for mobility wakes up while the portion responsible for cognition and awareness stays asleep. The child is actually in a deep state of sleep.

Only Part Of The Brain Is Awake

With this sleep disorder the brain remains partially asleep but the body is able to move. It is common for the sleepwalker to get out of bed and walk around. Sometimes they get dressed or go outside. Even though the sleepwalker’s eyes are open and they see what they are doing, their expression remains blank. They do not respond to conversation or their name being called. A sleepwalker’s movements usually appear clumsy. It is not uncommon for them to trip over furniture or knock over things as they move around. A sleepwalking episode usually happens one to two hours after the child goes to sleep. Most of these episodes last for fifteen minutes or less, but some can last for an hour or more.

This sleep disorder in children is usually outgrown and treatment is not generally necessary. In most cases, a parent gently guiding the child back to bed is all that is needed. There is not any need to wake the child.

However, there is about 1% of the population that sleepwalk as adults. Adults that have this sleep disorder did not necessarily have it as a child. In adults a sleepwalking episode can be triggered by stress, anxiety, sleep fragmentation, sleep deprivation, or certain medical conditions such as epilepsy.

Treatment for adults with this sleep disorder is often dependent upon the amount of danger they are in during an episode. For example, a sleepwalker who opens doors and goes outside onto a busy city street is in danger. A sleepwalker that gets up and goes into the living room and sits down on a chair most likely is not in danger. Treatments can include behavioral therapies, self hypnosis, or prescription medication.

A sleepwalker, whether adult or child, needs to have a safe area so that they do not get hurt during an episode. Precautions can be taken to eliminate some dangers. Parents should make sure the child’s bedroom does not have any sharp or breakable objects. Doors should be locked at night to keep the sleepwalker from going outside. Sometimes it is necessary to put bells on doors to alert the sleeping parent that their child is sleepwalking. Large glass windows and doors should be covered with heavy drapery to lessen the chance of having the sleepwalker walk through it while it is closed.