Sleep apnea is one of several types of sleep disorders. People who have sleep apnea sleep poorly at night because they stop breathing many times during the night. 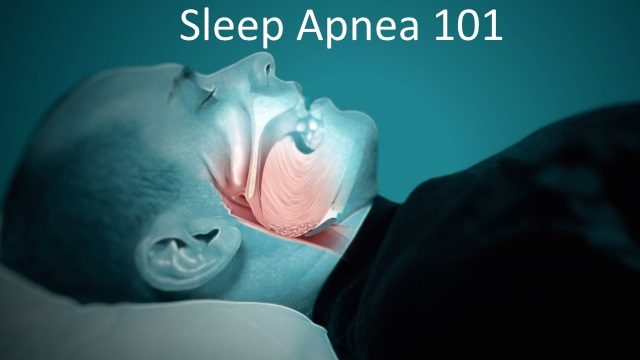 It is associated with snoring during the night and ongoing fatigue, even when you have had a complete night’s sleep.

There are Three Types of Sleep Apnea

Signs And Symptoms Of Sleep Apnea

Many people who have obstructive sleep apnea are overweight and have excessive tissue in the back of the throat that relaxes during sleep, blocking off the airways causing them to stop breathing. The oxygen level in the blood goes down and the sufferer will gasp, waking up a little and catching their breath. They usually don’t remember waking up.

This pattern can happen all night long, up to 30 times per hour or more. You don’t get enough sleep and you become tired during the day. Because you don’t remember waking up at night, you believe you have slept well.

If you have central sleep apnea, the brain doesn’t send enough signals to your breathing muscles, so you simply quit breathing during the night. This can lead to having problems getting to sleep or staying sleeping throughout the night. 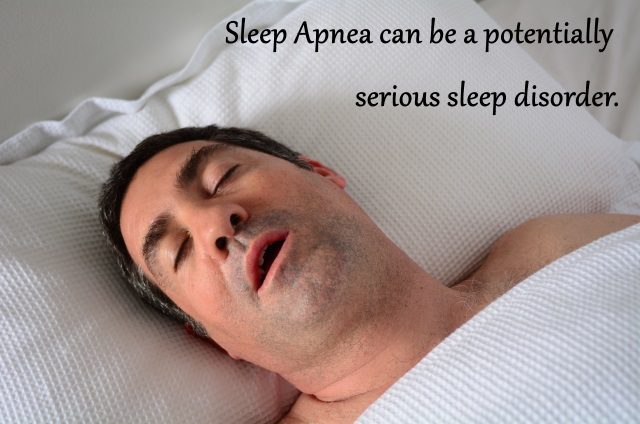 Sleep apnea can happen to anyone at any age, including children. The major risk factors for developing the disorder include the following:

If you have mild sleep apnea, you may be able to quit smoking, take allergy medication or lose weight in order to improve your symptoms.

If your apnea is more than mild, you may need to use a CPAP machine at night. CPAP, which stands for continuous positive airway pressure, is the main treatment for moderate to severe sleep apnea. It is a device that is placed over your nose during sleep that delivers air to the air passages, keeping them open all the time. That way the muscles don’t relax and you get air throughout the night.

In some cases, the CPAP machine does not work and you could need surgery. Surgery involves removing some of the excess tissue in the back of the mouth and on the soft palate. The uvula may also be removed as part of surgery to correct sleep apnea.

You stop snoring and you can sleep better throughout the night. Other types of surgery for sleep apnea include repositioning the jaw or putting in plastic rods in the soft palate. In rare cases, a tracheostomy needs to be performed, which involves putting a hole in the front of the neck for air to pass through.