If you suffer from Restless Leg Syndrome, you know how it feels to have that nearly irresistible urge to move your legs. It typically occurs while you’re sitting or lying down, and it definitely disrupts your sleep.

This sleep disorder is characterized by an uncontrollable urge to move the lower legs, knees and occasionally the arms. Sometimes painful sensations accompany the urge to move. People that suffer from this sleep disorder describe the feelings and sensations in different ways. Many describe a tingling, itching or pulling sensation. Still others say it feels prickly or burns. Some feel as if they have worms crawling under their skin.

The sensations which are typical of this sleep disorder can occur anytime during the day or night.

A Devastating Effect On Sleep

Restless leg syndrome occurring at night has a devastating effect on sleep. The symptoms can cause the sufferer to get in and out of bed repeatedly which can delay or disrupt sleep. Since sleep in repeatedly interrupted, extreme daytime sleepiness is common.

The combination of always feeling tired and the symptoms themselves can cause a person with restless leg syndrome to alter their lifestyle. Long trips, movies, concerts and eating in restaurants are some of the activities they usually avoid. Attending a long meeting at work can become very painful and uncomfortable. People that have this sleep disorder often suffer from depression.

Researchers believe that restless leg syndrome may be caused by malfunctions of the pathways in the brain that controls movement reflexes and sensations. Often this sleep disorder has a genetic base. 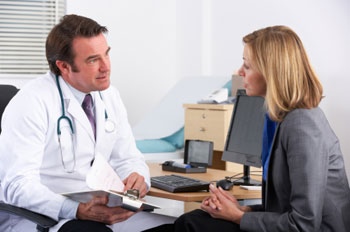 Many times the treatment for restless leg syndrome is aimed at controlling the debilitating sensations that accompany this sleep disorder. Often iron supplements are prescribed because severe anemia has been linked to this disorder. Relaxation techniques, diet changes and the elimination of caffeine and alcohol help some sufferers of restless leg syndrome.

In most cases, this sleep disorder is treated with drugs. These drugs could include dopamine agents, benzodiazepines, opioids or anticonvulsants. Medications do not cure restless leg syndrome, but they manage the symptoms. People that suffer from this sleep disorder usually have to stay on their medications for the rest of their lives.

Both of these sleep disorders can be effectively controlled with medical treatment.