I remember being “knocked out” to have a small procedure a few years back. In the recovery room, the nurses started shaking my foot and telling me it was time to wake up. I was sleeping so deeply and peacefully, in a way that I hadn’t experienced since I was a teenager! I kept saying “no! five more minutes!” – just like I used to tell my mom when she would try to wake me up for school – many years ago. 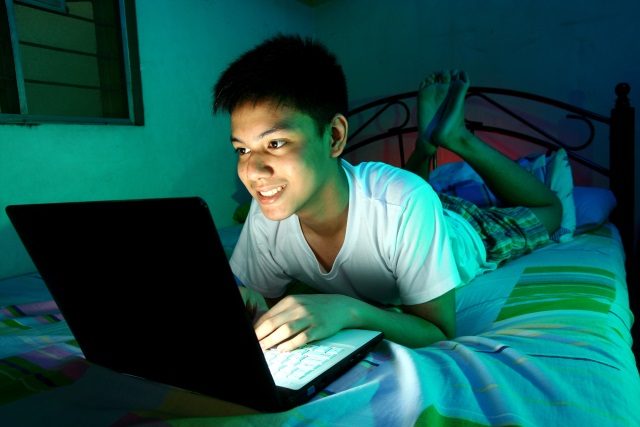 How many parents dread trying to get their teenager out of bed each morning for school?  Neither alarm clock, music, nor the clanging of spoons on metal pots seems to make them move an inch.  You have to wonder whether your teen is just trying to avoid going to school or really is that tired.

Keep in mind, even though teens may look like adults, be as tall as an adult, and desperately want to act like an adult, their bodies are still developing. As a result, teens need much more sleep than most of them get.

In The Wee Hours…

Long after you go to bed, your teen is watching a video, talking on the phone, and instant messaging several friends at once. Unless a parent pulls the plug on late night amusements, many teens are awake well past midnight – even though they have to catch the 7:45 AM school bus. That’s means they are going full tilt for 14-18 hours a day and trying to get by on six hours or less of sleep!

No wonder high school teachers hate first period because so many students are barely awake. It’s tough to teach over the snoring. Or teens show up at school with high caffeine drinks to help them stay awake. Fact is, there’s no substitute for sleep, and repeating this sleep deprivation pattern over time is dangerous.

The National Highway Traffic Safety Administration reports that over 100,000 auto accidents are caused by inattention due to fatigue. More than half of those tiredness-related accidents involve teen drivers. Teens can deny that staying up late is a problem, but poor concentration and slower reflexes prove that they’re wrong.

If your teen doesn’t get enough sleep, don’t be surprised when grades fall. It’s just not possible to study and retain information when your mind is tired and stressed out. And here’s another concern, sleep loss is associated with depression.

Whether your teen isn’t sleeping because of staying awake on their electronics, or if the sleep deprivation is altering their self-image, the fact is that teens need eight to nine hours of sleep to be healthy, active and alert. 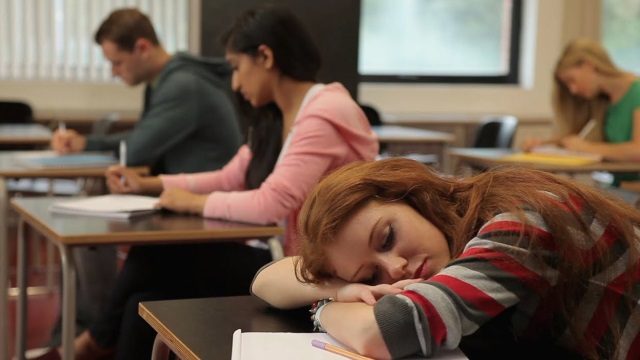 What can you do to make sure your teen gets a good night sleep? Set rules and keep them. If necessary, take the television and computer out of the teen’s room until balance is restored.

This needn’t be done as a punishment. Explain to them that it’s for their own good. They may not agree with you until they are about 30, but at least they will know that you aren’t just doing it to be mean. Make it a household rule to turn off the television, video games, and other electronic stimuli at least thirty minutes before bedtime. Ask your teen to turn off the cell phone at bedtime. If that does not work, take the phone over night. Nothing is going to happen that can’t be left in a voice mail and heard the next morning.

Use two clocks without a snooze alarm. If your teen fails to get moving when the second alarm rings, then you do the wake up call. Waking up ten minutes before the bus is no way to start the day.

Teens need to have a half hour or more to get up, shower, dress, brush their teeth, and have a snack, power bar, and juice to start the day. Be stubborn in requiring that your teen gets more sleep. If you do, you’ll definitely see an improvement in your teen’s mood, attitude, grades and alertness.