Narcolepsy, a relatively rare sleep disorder, causes people to fall asleep when they do not want to. This is caused by a neurological disorder. The brain sends signals to the body that are sleep inducing; however, they are sent at inappropriate and unpredictable times. 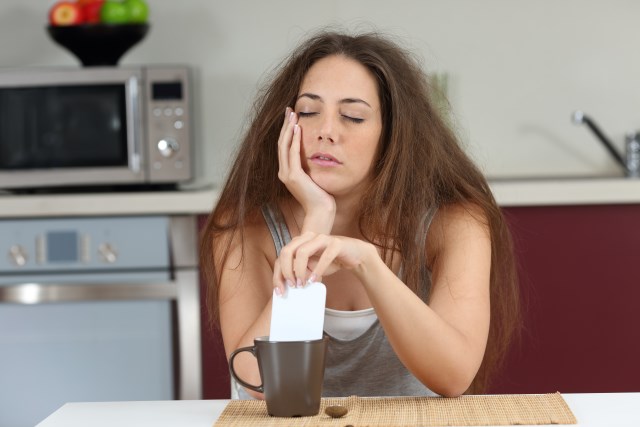 Often it happens when a person is involved in a quiet activity, such as watching a movie or during a meeting. Sometimes a person with this sleep disorder falls asleep while driving, which is obviously extremely dangerous. Others fall asleep while they are eating or talking. The overwhelming need to sleep can come at any hour of the day during any activity.

People suffering with narcolepsy often do not realize how sleepy they are, nor how often they fall asleep. It is often a family member, friend or coworker that convinces them that they need to seek medical help for their sleep disorder.

Narcolepsy has five main symptoms. These are excessive daytime sleepiness, insomnia and fragmented sleep, sleep paralysis, cataplexy and hypnagogic hallucinations. Some people with this sleep disorder experience only one symptom but others can experience all five.

Excessive daytime sleepiness is generally the first symptom to appear. Everyone with narcolepsy has this symptom. The feeling of needing to sleep is so strong that sufferers are unable to fend it off, regardless of how hard they try. These sleep attacks, as they are usually called, can happen several times and last for five to ten minutes.

Insomnia and fragmented sleep are a very common symptom of this sleep disorder. People with narcolepsey often have a very difficult time falling asleep at night, even though they fall asleep easily throughout the day. When they do fall asleep at night they wake up often and do not follow a typical REM / non REM sleep pattern.

Sleep paralysis occurs in about half of the people that suffer from this sleep disorder. For several minutes before falling to sleep or waking up, the person with this symptom cannot talk or move.

The loss of muscle function while awake is cataplexy. These episodes are usually very short in length. Over half of the people with narcolepsy experience this symptom of this sleep disorder. They are caused by a part of REM not functioning correctly. Often, episodes are brought on by anger, laughter or any other strong emotion. Sometimes knees buckle, necks and jaws become weak or the person may fall to the ground. Even though the person looks like they are asleep and cannot talk, they are fully awake and aware of what is happening.

A hypnagogic hallucination is experiencing very vivid and often frightening sounds, images or physical sensations. These occur from dreams just before the person is falling asleep or waking up. It is very difficult for a person with this sleep disorder to distinguish between the dream and reality. These hallucinations often have very dangerous themes and are extremely frightening. Often they are accompanied by sleep paralysis.

There are also several lesser symptoms of narcolepsy. These include blurred vision, migraine headaches, memory or concentration problems and automatic behavior. An apostate of automatic behavior can last for several minutes. During that time a person with this sleep disorder will perform a routine task. The task is often done incorrectly, such as placing a turkey in the dishwasher or writing past the end of a page.

Narcolepsy can be diagnosed and treated with various drugs. If left untreated this sleep disorder can ruin a person’s life.